Product Hunt is the place you'd want to announce your product on. It's a great place where potential early adopters are checking regularly to seek tools to ease tasks that need to be dealt with. In this post, I will share the PH experienced we had.

Once Tony Sargeant, a user of WebGazer wrote me commenting on Product Hunt listing, directly quoting:

I reckon a nod from the geek forces, out there, in "Product Hunt Land", is a passport forward. 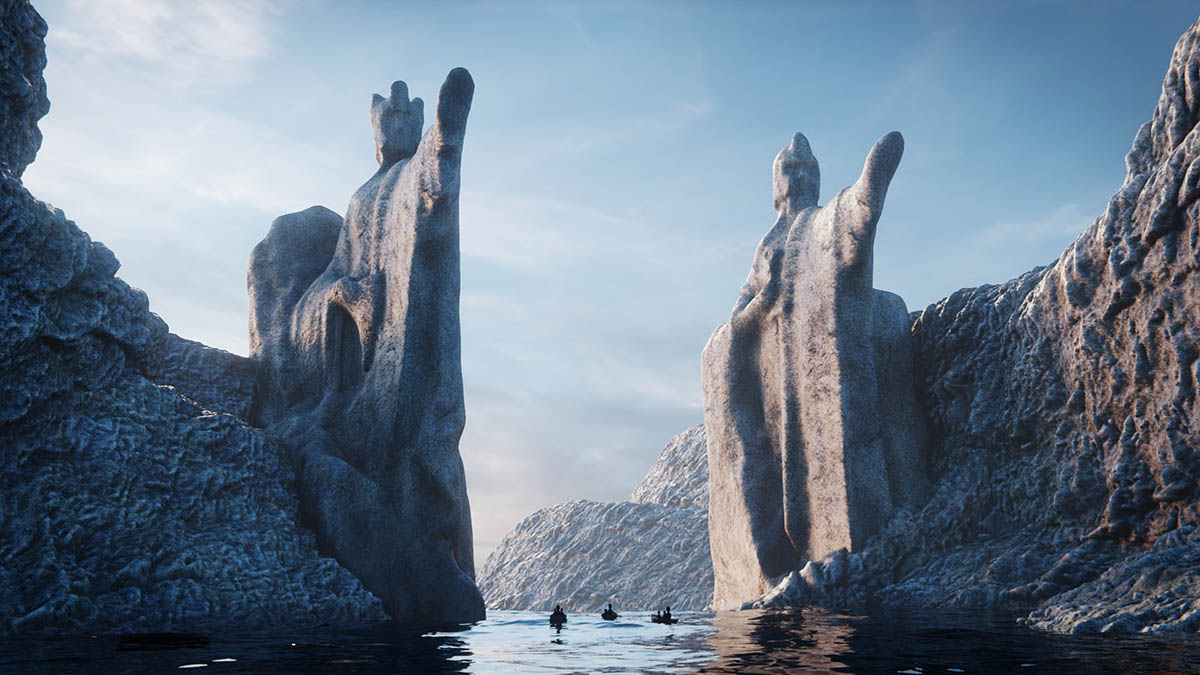 It is indeed a passport forward. We didn't do much to outreach before we posted on Product Hunt and we had about 50 free users. I've read about PH experiences of other people, I knew it was supposed to be big. But in our case it was immense: We got 1200 sign ups in about a week and first paying customer at the end of the week. I believe this was when WebGazer actually came into existence.

We got listed on Product Hunt two times: One was WebGazer itself and the second one was for Status Pages feature we added later. The latter wasn't that great but the first one turned out to be a terrific success for us.

I don't see myself competent enough to give a checklist for PH, but rather, I will try to share what we learned during the process.

It is even in the name of the platform itself, duh. If you did survive up to PH listing with your product you are probably good to go. But just saying, you need a product that really makes people's lives better somehow. It might be doing something that is never done before but not necessarily. If it alleviates a pain, shortens the time spent on a not-so-fun task, makes something more pleasurable than it is, go ahead.

I won't focus on this part since the product is whooole another topic itself and it would require more than a blog post, even to summarize. What I can say is that, however, if what you are working on is a B2B enterprise or SaaS product, make sure that it's not just in your head. I mean, talk to people who you think would use it, make sure it really solves an issue, fills a gap in their business.

What you post the PH is a link. You can't post the same URL multiple times, it has to be unique. For example, the URL for our WebGazer post was the website home page and the one for Status Pages was its individual landing page.

So, you need to set up a page focusing your product or feature you want to post. Adding a banner for greeting the users coming from PH is considered a good thing but it is not a must. 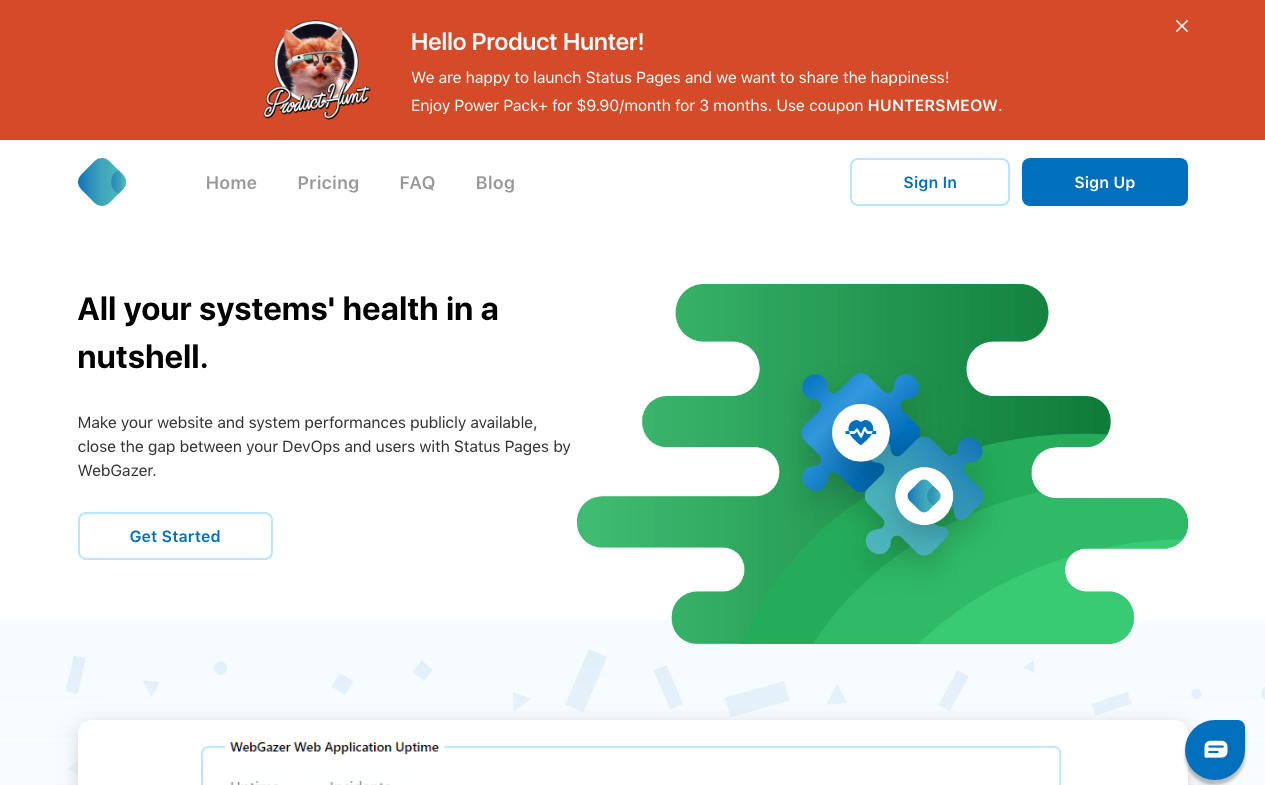 About the timing, a day at PH begins at 12:01 AM PST and posts stay at the today section until the next day begins. Posting as early as possible after the beginning of the day gets you more time for exposure. I am not sure about this part, but people say competition is tougher on Mondays and Fridays. And on Saturdays and Sundays PH has relatively low traffic. So, just to be safe, we chose to post on mid-week days.

The one who actually posts (a.k.a. "The Hunter") is kind of important, but I don't think it's crucial, keep reading. I've seen people telling that it is very important to get posted by someone with a great number of followers to attract a bigger crowd. When a hunter posts, her followers get a notification. It is nice to have a boost from hunter's followers, but if your objective is to end up in top three, this one won't help much, you will need organic support from the whole community. So, don't spend too much time trying to find someone with a lot of followers. If your product is really valuable, it will get the attention it deserves anyways.

Even the official "How to Launch on Product Hunt" post from PH advises likewise. Oh, BTW, that post provides an awesome TODO list while planning. Don't forget to check it out if you need crystal clear instructions.

In my opinion, this is the part that matters the most. You have an awesome product, you added it to the list, now what? In order to get more people to see your post, you need to stay at the top of the list *captain obvious intensifies*.

You will need to answer the questions people asked, respond to comments both on PH and social media throughout the day. So, be prepared to stay online for the most of the day.

To enhance the effect we tried everything we could think of, here are some ideas:

If you are sociable and has a network of tech-savvy people, this one might be pretty effective. Just notify people about your PH listing and ask them to create a buzz. Don't ask for upvotes, that's a big no-no. Comments and reviews will already help you more than you think.

More about not asking for upvotes, PH states that if it somehow understands that you are trying to rig the competition, your rank gets degraded. If you are planning to ask your friends to sign up to PH on the day of launch, just don't. PH devalues votes of those synthetic accounts so much that it isn't even worth the effort.

We have recently started using Twitter at WebGazer. So even if we posted on Twitter, it didn't cause much attention. If you have an audience on social media, ping them.

We announced the listing on relevant Whatsapp, Facebook and Slack groups. Since we were already familiar with that community and people know about us, they acted. That's why I added "relevant" to the section of this title. It's not about the sheer number of people who sees your post or link. The objective is to reach people with genuine interest or will to support your product.

Existing users of your product

Asking for support to existing users wasn't an option when WebGazer is listed for the first time, because there weren't many users. But on Status Pages listing, when we didn't see the traction we expected, we decided to pull out the "existing users" card (This idea saved the day and it was Altan's, he deserves to be mentioned here 🙏). We prepared a quick e-mail and sent to our users' newsletter group. Users' support bumped up the post one or two places.

Asking your existing users for help is really efficient, especially if your churn rate is low and your users like your product for real.

Product Hunt is a great platform both to get early traction from a niche audience and validate your idea of your product. It helped us a lot, glad it exists 🙂 Good luck with your listing and I hope this post helps.